May 17, 2016 | Creation and Creativity, Recharge and Reconnect, Spirit and Essence 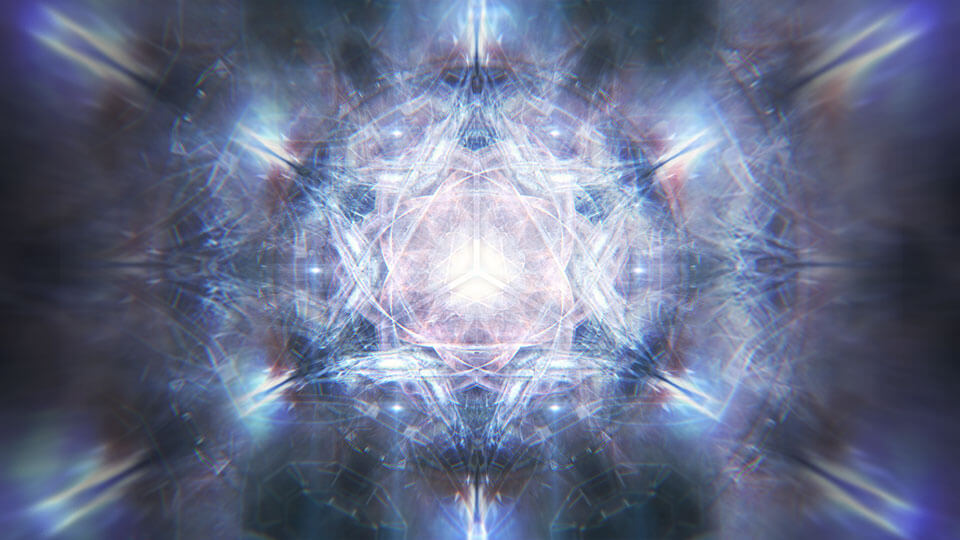 What is Sacred Geometry?

In ancient Egypt, which inherited the knowledge about Geometry from Greece, the Nile burst its banks each year, and floods the farmland, wiping out the man-made structures. According to the understanding of the Egyptians, this annual flood symbolized the return of the formless primeval state out of which creation arises. When the water level declined again, the land was charted again, considering the actual astrological configurations. This annual re-measuring, which was called Geometry, symbolized the reconstitution of the eternal laws of creation on Earth. For the Egyptians, this division of the land had a spiritual, as well as physical and social dimension. 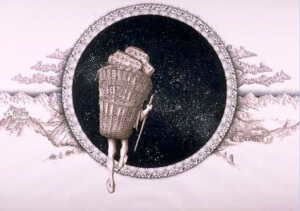 easuring the Earth” was the base of the science of natural laws of creation. According to Galileo Galilei, mathematics is the language in the book of nature and its letters are circles, triangles, and other geometrical forms. Geometry studies this language of nature in order to communicate with it.
So what makes geometry sacred? According to the understanding of ancient mystical traditions, it is Consciousness looking at the universal forms and proportions of Creation, and recognizing them as an expression of itself. Just as we humans are expressions of this Consciousness. Sacred Geometry is a spiritual pilgrimage into the world of forms and phenomena and into the eternally expanding Consciousness.

This question has no definite answer, because there are different points of view and perspectives, depending on the tradition that is looking at this subject. Whereas some see dimensions as places where beings like angels, guardian spirits or natural beings dwell, others understand them as vibrational levels of consciousness.

And how many dimensions are there? Again, there are different concepts. Some spiritual schools teach about various octaves and overtones, making a total of 144 dimensions.

Also in the scientific world, there are various theories. Edward Witten, an American physicist, and mathematician, inventor of the “M-Theory, phrased  an approach in 1995 that combines quantum mechanics with general relativity. It talks of 11 dimensions.

The German physicist Burkhard Heim, in his “New Worldview”, writes about a 6-dimensional world, which, in contrast to the purely scientific worldview, includes the mental-spiritual power as a source of all being.

The Catholic Church also deals with dimensions. In his book “Jesus of Nazareth, Vol. II “Pope Benedict XVI writes: “The testimonies resurrection indeed speak of something that does not exist in our physical world. Something new , till then unique, is spoken of, a new dimension of reality that is showing itself. The existing reality is not denied. It rather says: There is one more dimension than we knew so far.”

In the following I want to focus on a dimensional model which is known in various spiritual traditions of the world for a very long time. And which serves well also in our modern times. It is the World Tree with its 9 dimensions. The Nordic Edda says:

“Nine worlds I know, nine branches I know, on the strong trunk in the dust of the earth.“

Barbara Hand Clow, in her book “The Alchemy of Nine Dimensions”, has merged old knowledge about the World Tree with channeled messages from the Pleiades and scientific research. 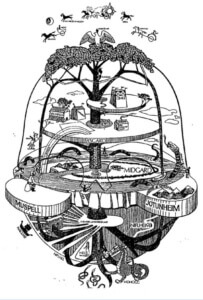 The World Tree has its roots, the 1st dimension, in the center of the earth and its crown, the 9th dimension, reaches up into the center of our Milky Way. In the Mayan cosmology, this Hunab-Ku is the center of all centers. It originates the 260 pulses of Creation of the Tzolkin, the Sacred Calendar of the Mayas.

The 6th dimension of the World Tree is the level of Sacred Geometry and the morphogenetic fields. The cosmic or divine pulses of Creation are “impregnated” with the form information, which then, in the 3rd dimension, the linear space-time continuum, manifest in physical form as humans, animals, plants, minerals, etc. A strong and conscious connection with the 6th dimension helps us to stay healthy and vital.

From the perspective of ancient cultures, as well as modern sciences such as astrology and biology, this universe is very ordered. The English physicist Julian Barbour describes in his book “The End of Time” the universe as the Timeless Land Platonia. He, like Plato, assumes that in this Land of Nows everything is built from the archetypes of tetrahedrons, cubes, dodecahedrons and other geometric forms. Only a strong organizing consciousness can initiate and steer this Creation. This leads us to the next question.

Jean Paul Sartre answered this question in the form of a Zen koan:

“Consciousness is a being whose nature consists in being conscious about the non-existence of its being.”

A contemporary approach is expressed by the American philosopher Ken Wilber. Over the past 30 years, Wilber has explored both the spiritual traditions as well as scientific, psychological and sociological research. In his more than 20 books he brings together philosophy, science, mysticism, and meditation.
His findings lead to the “Integral Spirituality”, which defines a map of the development of consciousness. This map integrates all known systems and models of human growth, from shamans and wise men of ancient times to the breakthroughs of modern science.  According to this, our perception of the world consists of perspectives. These perspectives are changing with the development of consciousness, which is considered as an infinitely expanding motion. Nine different levels or planes of consciousness are known at the moment (see God 9.0 by Küstenmacher/Haberer).

Both approaches agree that we live in a unique time in the development of this Creation. They say that all levels of consciousness, that have developed so far, are integrated and we move on an entirely new level. In musical terms, we switch to a higher octave. In this octave, new possibilities and ways of being, that we could only sense or assume so far, are being opened.

This change in the level of consciousness is a continuous process, which is developing more and more dynamic and strength in recent years. This also means that there is increasing support for us on this path of consciousness development. Since the Harmonic Convergence in August 1987, many indigenous cultures have made their long treasured secret wisdom accessible again, especially for us, the people of the industrial age. Old wisdom from different cultures and ages coincides with cognitive knowledge and gives birth to new ways and methods, such as the currently widespread quantum techniques in healing. 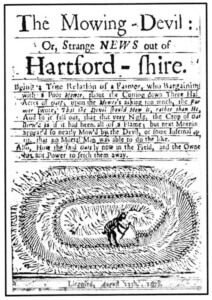 Now I want to touch a phenomenon where Sacred Geometry, dimensions, and consciousness flow together and support us in this phase of transition. These are the Crop Circles.

These “Secrets in the fields” as Freddy Silva describes them in his book with the same title appear increasingly since the early 1980s, especially in the southwest of England. However, they have already been known for a long time. The illustrated woodcut from 1678 points out that they were, at that time, regarded as the devil’s work, since they did not fit into the dominant Christian worldview. Today there are various interpretations, from purely esoteric to strictly scientific. Some of these formations are clearly man-made. They can be recognized because they have a fairly simple and inaccurate structure. The majority of the formations, especially from the mid-1990s, consist of complex geometric structures and symbols.

The World Tree mentioned above, gives us an explanation of the origin of crop circles. I call the form of intelligence that creates these symbols the Circle Makers. When the Circle Makers want to communicate with us, a pillar of light appears for a short time. These pillars were repeatedly seen and photographed. This energy of the 8th dimension consolidates in the 7th dimension as sounds. Again and again, witnesses report high-frequency tones that can be very irritating and that alter the perception of space-time.

The sounds consolidate further in the 6th dimension, where the information is structured geometrically. In the circle that is formed by the light column in the field, vibrating balls of light emerge from the structured sound in the 3rd dimension, which then create the Crop Circle. These balls are regularly observed within the symbols. Are they related to the long-known ghost-lights or the orbs that appear more frequently in digital photos?

What do the Crop Circles Mean? What Messages do the Circle Makers Have for us? 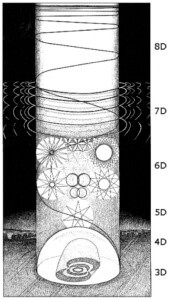 As mentioned before, the symbols are becoming more complex over the years. They consist, with very few exceptions, of highly complex geometrical patterns that are very often built on primary forms of Sacred Geometry, such as the Golden Mean, also called the Divine Proportion.

These patterns, in turn, generate highly complex vibrations that we can understand as transdimensional information fields. Crop Circles almost always occur in crops, one of the staple foods of mankind. If we assume that each plant has its own morphogenetic field, there we can assume that the information transmitted with the corn-symbols “impregnates” this field of the plants. We, therefore, ingest this information with the food, like a homeopathic remedy. It affects our physical and subtle bodies. At the same time, the Crop Circles can act like acupuncture needles in the energy meridians of the Earth and balance disharmonies in their energy flow.

Do the Circle Makers also want to invite us individually and collectively to meditate on the meaning of the symbols, as a Mandala? To use them for an exploring expedition into consciousness? Are Crop Circles higher-dimensional objects, which roam through our 3rd dimension and leave traces here, as the stern waves of a boat? Are they preparing us for the opening to higher dimensions? 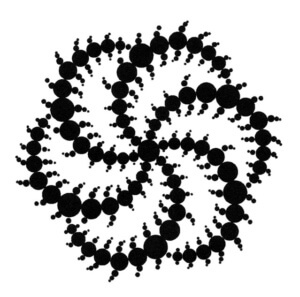 Drunvalo Melchizedek says that the Flower of Life contains 13 different information systems, 4 of which we can only comprehend up to now. I think we will learn a lot in the next few years and understand interrelationships which were hidden for us in the past. Sacred Geometry is a map that provides us orientation for traveling in previously hidden dimensions of consciousness. A very useful vehicle on this trip is our light body, the MerKaBa, which is based on the basic geometrical structures in our energy field. It gives us an inner structure, a spiritual-energetic skeleton. And this can help us to reconnect to the trust that everything in creation follows a higher order.

Trust is very important in this time because the change to a new level of consciousness  brings instability and insecurity. It is impossible to predict where things are heading for. In the book “Spiral Dynamics” by Beck/Cowan it is written that:

“What remains is the development of visions, trust in intuition, raising the awareness for the perception of current conditions and the flexible readiness to go  with every little change.”

With this inner attitude, we are prepared for a leap of historical dimensions. Teilhard de Chardin puts it this way:

“One day, after we have mastered the winds, the waves, the tides and gravity, we will use the energies of love. Then man will have discovered fire for the second time in history.” 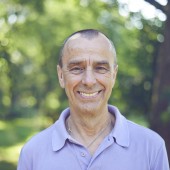 Rainer Kitza is a spiritual teacher, integral coach and consciousness researcher. He has explored different therapeutic methods, studied the teachings of eastern masters and experienced deep initiations while working with his shamanic teachers. In his workshops, lectures and retreats he merges elements of Sacred Geometry, indigenous wisdom, spiritual traditions and integral spirituality into a modern mystery school. Since 2014 Rainer is co-creating a community in Southern Germany which combines new ways of communal living with sustainable agriculture and social work. 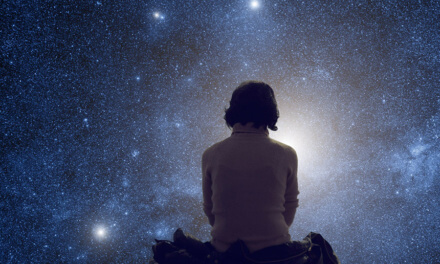 What is Meditation About?

– The Different Forms and Benefits of Meditation 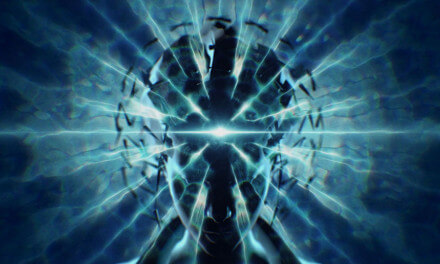 What is Brainwave Entrainment?

The Art of Tuning our Psyche with Sound and Vibration 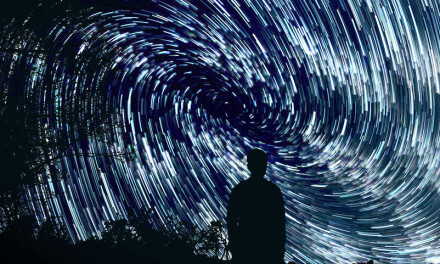 The Illusion of Spiritual Achievement 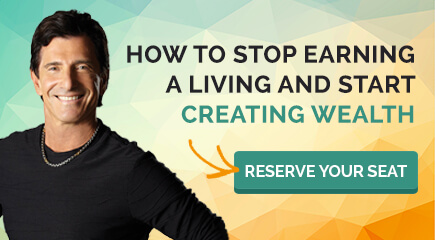